Lieberman: At least a Decade to Achieve Mid-east Peace 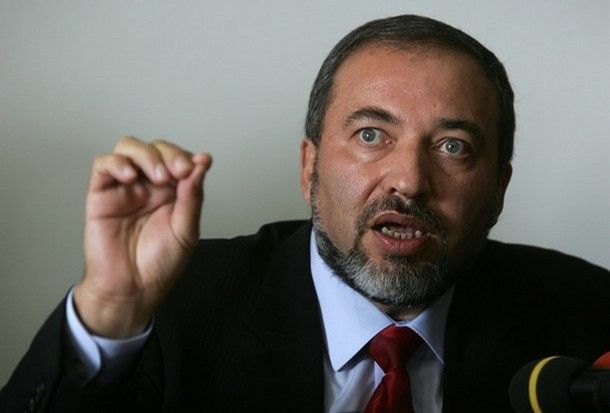 Israeli hard right-wing foreign affairs minister Avigdor Lieberman, speaking to Agency France Press in an exclusive interview, stressed on Tuesday that at least a decade is needed to reach a political agreement with the Palestinians as he does not see any real goodwill from the Palestinian leadership and there are other issues which have higher priority. Lieberman stressed that the peace process has to be moved on at three levels; security, economic and political and that each one has to be achieved ‘step by step.’

‘I think that we have good cooperation [with the Palestinians] on the economy and security and we must continue cooperation on these two levels and postpone the political solution for at least a decade,’ he declared.

‘First of all we must tighten our economic and security cooperation; second, less international involvement… which creates a lot of expectations and after the expectations you get frustration and it will lead to violence and clashes,’ Ma’an News quoted.

In addition, the leader of the Yisrael Beitenu party declared that he does not see any goodwill from the Palestinian leadership to reach a political deal and added ‘they [Palestinians] think that they can achieve from the international community everything they want without talks, without any compromise. This is their strategy.’

With regard to a possible unilateral declaration of the Palestinian state, recently announced by Palestinian President Mahmoud Abbas, Lieberman declared that it would be against ‘all the agreements,’ and warned that Palestinians would lose much more than what they could gain as , in his opinion, the Palestinian Authority could not exist without Israeli assistance.

He also pointed to the ‘difficulties in resolving emotional issues’, mentioning the right of return for Palestinian refugees, the illegality of settlement construction and the guarantees for an independent Palestinian state with East Jerusalem as its capital, which are ratified by international law, and compared them with Israel’s decision to be considered a Jewish state.

The interview comes shortly after Israeli Prime Minister Benjamin Netanyahu’s words in which he declared that he agreed on a three-month settlement construction freeze in the West Bank, not including East Jerusalem, but that the Obama Administration then told him that the freeze was no longer required.

Mahmoud Abbas announced last week that, in the following days, the P.A. and other Arab states will bring a draft resolution to the U.N. Security Council, calling for it to condemn Israel for the illegal settlement construction in the West Bank and Jerusalem.

The U.S.-led Israeli-Palestinian peace talks started on September 2 2010 and were suspended three weeks later due to Israel’s refusal to renew the moratorium on settlement freeze.