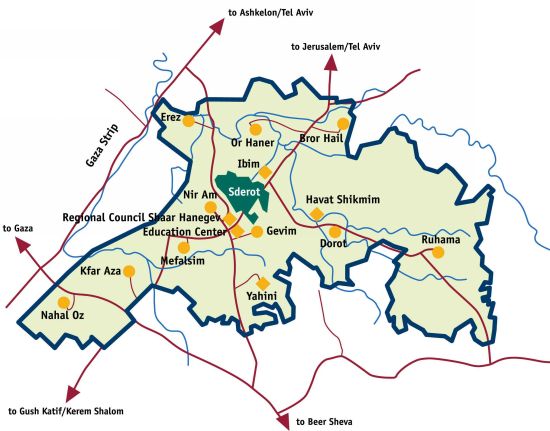 At least six homemade shells were fired from the Gaza Strip into southern Israel on Saturday, one of which landed in a kibbutz (farming cooperative) in Sha’ar Hanegev, according to Israeli sources. The armed wing of the Islamic Jihad in Gaza claimed responsibility for the attack, which they said was targeting a military base.The shells fired by Palestinian resistance factions in Gaza are crude homemade rockets usually constructed from metal pipes and dynamite, and are impossible to aim with any degree of accuracy. In addition to the shell that injured the foreign workers, another shell landed on a road outside the kibbutz. Shrapnel from that shell hit the windshield of a truck driving on the road, breaking the windshield.

The workers, who were imported by Israel from Thailand to work in factories and fields to replace Palestinian workers now imprisoned in Gaza, live in a bunkhouse near a barn housing cattle for the kibbutz. The shell landed between their bunkhouse and the barn, causing shrapnel to hit one worker in the chest and another in the leg.

According to Israeli medical sources, the three men were transferred to the Soroka Medical Center in Beer Sheba for treatment. As soon as the shell hit the kibbutz, sirens were sounded throughout the area and Israelis living there were told to go into emergency bomb shelters.

Most Palestinian shells fired blindly across the border from Gaza into southern Israel land in the Negev desert, causing no damage. Occasionally one hits in a populated area. Six people have been killed by these homemade shells since 2005. In the same time period, over 3,000 Palestinians have been killed by Israeli soldiers and settlers — an estimated 80% of whom are civilians, according to Palestinian medical statistics.