Iran Arrests Spies Reportedly Linked To The Assassination Of Scientist 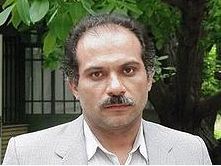 The Iranian Authorities stated that spies working for Israel and involved in the assassination of Iranian scientist, Massoud Ali Mohammadi, were arrested in Tehran.The scientist, Mohammadi, was assassinated one year ago by explosives hidden in a motorcycle’; he was killed outside of his home.

Mohammadi carried a PHD in physics, and contributed to the “Iranian Nuclear Program”.

The Iranian Intelligence Ministry said that the assassins are linked to Israel, and acted under its supervision and orders.

The Intelligence Ministry said that the main elements behind the assassination, which was described as a terrorist crime, were apprehended, and that they are affiliated with what it described as the “Quds usurper regime” referring to Israel.

It also stated that the assailants received their orders from their superiors acting from bases in Europe, some neighboring countries and Israel.

Meanwhile, a number of opposition news agencies in Iran, and some western diplomats in the country, sated that they suspect that some elements within the ruling regime in Tehran are behind the killing of Mohammadi for supporting opposition leader Hussein Moussavi.

But following his assassination, the Iranian government said that Mohammadi was an “outstanding nuclear scientist” and described him as a martyr, but did not highlight his role in the country’s nuclear project and research.

On Monday at night, the Israeli TV aired the confessions of a Mossad agent reportedly involved in the assassination of Mohammadi. The Mossad is Israel’s Institute for Intelligence and Special Operations.