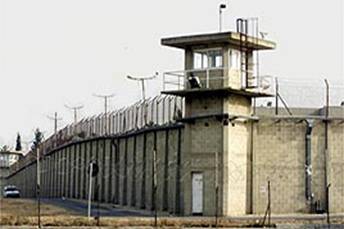 Lawyers from Addameer, the Palestinian prisoner’s rights group, visited three of the five Hamas men detained by Israeli forces during a deadly raid on Hebron last week, and called for their immediate release. According to a statement released by Addameer, prisoners were stripped, beaten and denied access to food and water in the day following their arrest. As a result, they were all being kept in the prison hospital because of their fragile health conditions due to their treatment.

Addameer took affidavits from the three men, Wael Al-Bitar, Majdi E’beid, Muhand Neirukh. They are all being held in Israel’s Ramleh Prison Hospital, where they were taken after their arrest.

Previously, the men had been imprisoned by the Palestinian Authority on ‘security charges’ and had not been sentenced. The Palestinian Authority initially released the men due to pressure from Hamas officials in the Gaza Strip, Damascus and an inquiry from the Emir of Qatar. The PA gave a warning that the men were wanted by Israel and could not guarantee their security following their release.

The men had also been on a hunger strike for 45-50 days prior to their release.
According to the affidavits taken by Addameer’s lawyer, the arrest raids did not take into consideration their critical medical condition resulting from their hunger strike, observing that most of the prisoners did not have time to visit a doctor between the time of their release from Palestinian prison and their arrest by Israeli forces.

According to one of the prisoners, Muhand Neirukh, during the Israeli interrogation, he was beaten, forced to strip, handcuffed and blindfolded before being made to stand in the cold for many hours without a coat.

Majdi E’beid, was reportedly taken to the Hadassah Hospital in Ein Karem after fainting during his arrest, then was made to sit outside the hospital in the cold for five hours after his medical examination.

Two of the five were also said to have been denied food or water until they arrived at Ramleh Prison Hospital more than 10 hours after their arrest.

Following the visit, Addameer issued a statement demanding the release of the five men detained, ‘as required by the Palestinian High Court of Justice’ and said it ‘holds the Israeli authorities fully responsible for their lives.’

In the home of Wael Al-Bitar, soldiers entered the wrong apartment and shot to death his sleeping uncle. While the military said it ‘regrets’ the error, officials questioned why soldiers opened fire on a sleeping man if they meant to detain Al-Bitar.