Gendelman: “Hamas Should Not Test Our Patience” 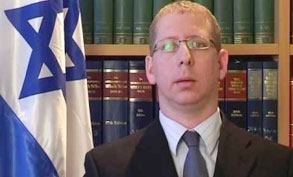 Israeli Foreign Ministry Spokesperson, Ofir Gendelman, stated that the Hamas movement “should not test Israel’s patience”, and must act on halting the firing of homemade shells into adjacent Israeli areas. Gendelman claimed that the Israeli government is not interested in any military escalation, and added that Hamas “must maintain calm”.

He also stated that Israel believes that Hamas is unable to control armed factions in Gaza, and that it sometimes allows them to fire homemade shells into Israel.

“Therefore, we want to advice Hamas not to test our patience, and to maintain calm in the region”, Gendelman added, “Hamas must realize that Israel can launch a new war on Gaza, but the movement does not seem interested in war”.

Referring to the new developments in Lebanon, the collapse of the government and recent military maneuvers, Gendelman said that Israel is closely monitoring the situation, and that the issue is, so far, an internal Lebanese issue.

He concluded that “should Hezbollah attack Israel, retaliation will be a natural response”.