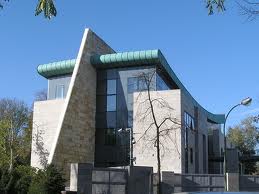 As a strike by Israeli foreign service workers enters its second month, a group of 20 Israeli ambassadors submitted a letter to the Israeli Prime Minister calling for his intervention to end the strike.The letter came after an escalation in the strike on Monday, in which Israeli embassies stopped providing security and support for Israeli companies abroad. This move effectively halted all weapons exports — Israel’s biggest export market.

In the letter, the ambassadors called their salaries ‘humiliating’, and urged the government to resolve the stand-off with the personal intervention of Israeli Prime Minister Binyamin Netanyahu. The ambassadors who signed the letter are all known as veterans of the foreign service, all of whom have served over 25 years.

The letter reads, in part, ‘As opposed to the defense system in which thousands of people are employed, the political struggle is carried out by several hundred diplomats in the Foreign Ministry headquarters and in a hundred embassies in the world. Unfortunately, the state who knows how to adequately reward those thousands in the defense system, is not acting fairly toward us – the soldiers in suits in Israel and in the world – and systematically erodes our salaries and our status’.

In a further comparison between the Israeli foreign service and the military, the ambassadors wrote, ‘Just as the state needs its best men in senior positions in the defense system, it needs them in the diplomatic battlefield as well, which is becoming more important and relevant to national strength every day’.

The strike began a month ago with demands for higher salaries for the employees of the Foreign Ministry, and it has effectively crippled Israel’s diplomatic missions abroad.