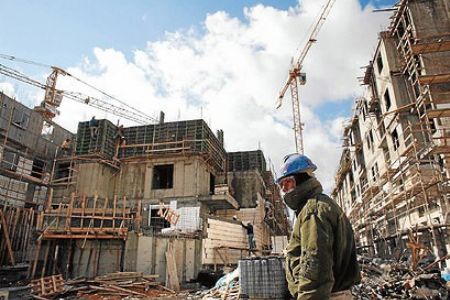 The Israeli Planning Panel of the jerusalem Municipality is set to approve a new building project that includes at least 1,400 homes in a settlement neighborhood in East Jerusalem, media agencies reported on Sunday.Jerusalem planning commission is expected to authorize, next week, a two-phase construction project of 1,400 new housing units on area between the Gilo settlement and the settlement of Har Homa (Abu Ghneim), located beyond the Green Line, Israeli military radio announced on Sunday.

The new development plan, named as “Gilo: Southern Slopes”, involves building 780 housing units during the first stage and 600 more at a later stage, with the result of expanding Gilo settlement’s borders towards the West Bank.

Meir Margalit, Jerusalem Council member of the leftwing Meretz party, commented with concern that ‘the plan is a more serious and dangerous step than all the previous plans for construction beyond the Green Line.’

She added; ‘There is no doubt that a green light for these constructions will deal a knockout blow to the peace process with the Palestinians,’

Elisha Peleg, a municipal council member from the rightwing Likud party, asserted: ‘Gilo is an integral part of Jerusalem. There can be no argument in Israel over construction in that neighborhood,’

In addition to the housing units, the plan envisages construction of public buildings as well as commercial buildings, roads and parks.

Israel’s latest settlement plan is likely to draw strong international condemnation. Over a year ago, the United States criticized another development plan in the area, aimed to build 900 housing units on the western slopes of Gilo.

In March 2010, Israeli Interior Ministry presented a plan to build 1,600 homes in Ramat Shlomo, in East Jerusalem. The announced plan, which came during a visit to Israel by US Vice President Joe Biden, was fiercely opposed by the United Stated causing tensions between Tel Aviv and Washington for months.

Despite the cooled relations with the US, many construction projects are expected to be approved beyionthe Green Line, especially in southern Jerusalem. The city’s authorities explain that, after canceling several development projects over the years, the municipality has been left with only the option to build eastwards, beyond the Green Line.

Peace talks between Israel and the Palestinians reached a deadlock after the Israeli government refused to halt the settlement construction and expansion of Jewish settlements in the occupied West Bank and East Jerusalem.

Since 1967 Israel has built a number of settlements in the eastern part of Jerusalem, among them Gilo was the first to be constructed.