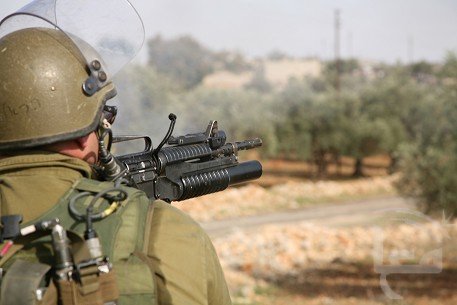 A young Palestinian was wounded by Israeli forces, on Sunday morning, in the northern Gaza Strip, medics claimed on Sunday. The victim, known as 21-year-old Ramadan Subih, was shot in his left leg while collecting gravel from destroyed buildings in in Beit Lahiya, north of the Gaza Strip. The young man was evacuated to hospital in moderate condition.

An Israeli military spokeswoman confirmed the use of gunfire but said she was not aware of any injuries.

The army spokeswoman also pointed out that troops, stationed along the Gaza border, initially fired warning shots in the air after seeing several Palestinians approaching and urging them to stop.

Israeli troops continue targeting unarmed civilians and workers along the border area of the Gaza Strip. The number of casualties in similar incidents has gone up to 110.

Palestinian resistance factions lately agreed on retaining calm along the borders of Gaza to prevent any possible Israeli attack on the coastal enclave.