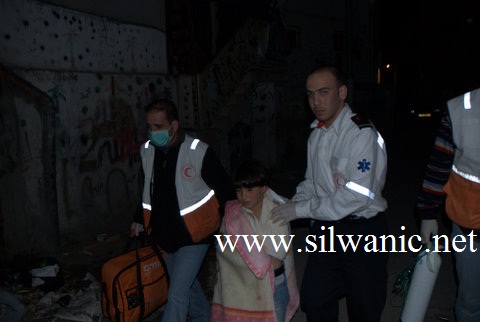 Medical sources reported on Wednesday at night that dozens of Palestinian residents were injured in clashes that took place in Silwan neighborhood, Ras Al Amoud, and the Shu’fat Refugee camp in occupied East Jerusalem. The sources stated that 13 residents, including 4 pregnant women, were wounded in Shu’fat and were moved to a local medical center. Most of the injuries resulted from inhaling gas fired by the army, and rubber-coated bullets.

an Israeli officer was mildly injured during clashes that took place near the Shu’fat refugee camp, north of Jerusalem.

An Israeli police spokeswoman stated that a Border-Guard Policeman was wounded in his face by a stone hurled by a Palestinian youth after a number of masked Palestinians attacked the military roadblock installed at the entrance of the camp.

The Police closed all of the entrances of the camp while dozens of policemen was extensively deployed in its center.

The Wadi Hilwa Information Center reported that soldiers broke into a number of homes and violently searched them, and that soldiers prevented medics from entering certain areas to provide first aid to wounded residents.

The Center said that soldiers also prevented an ambulance from entering the scene of the clashes in Silwan to provide first aid and evacuate the wounded.

Eight of the wounded are children, one of them was hit by a rubber-coated bullet fired by the police, and seven suffocated after inhaling gas fired at them.

The clashes in Silwan extended to several neighborhoods and the police used rounds of live ammunition, gas bombs and rubber-coated bullets against local protestors.

A police vehicles was reportedly torched by Molotov cocktails hurled by a number of protestors in Silwan; Israel did not report any injuries among the police force.

Clashes were also reported in Ras Al Amoud neighborhood in East Jerusalem, and the police also fired gas bombs and rubber-coated bullets; no injuries were reported.

The clashes later extended to reach Ein Silwan area and the outskirts of Wadi Hilwa. 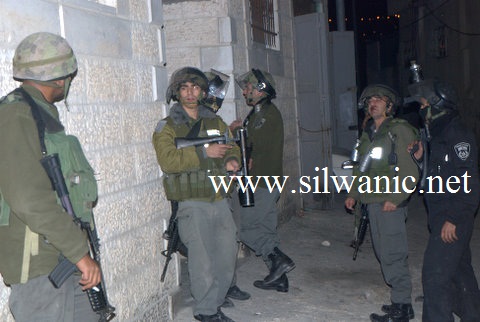