Palestinian Fighter Killed In Clashes With Israeli Soldiers In Jenin 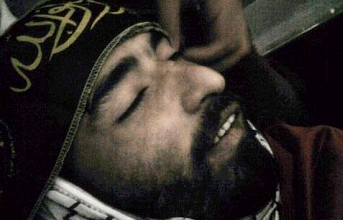 The Al Quds Brigades, the armed wing of the Islamic Jihad, reported that one of its fighters was killed on Thursday afternoon during clashes with Israeli soldiers invading Jenin, in the northern part of the West Bank.The brigades identified the fighter as Salem Mohammad Sammoudi from Al Yamoun village, near Jenin.

The fighter is a relative of Khladoun Sammoudi, who was shot dead, ten days ago, by Israeli soldiers manning Al Hamra Roadblock, east of Nablus in the northern part of the West Bank. Salem is married and a father to one baby daughter.

Salem Sammoudi is the third Palestinian to be shot dead at the Al Hamra Roadblock in the first 20 days of this year.

Following his death, soldiers declared the area as a “closed military zone”, and installed a number of roadblocks in the area to restrict the movement of the residents.

Meanwhile, the Al Quds Brigades reported that Palestinian Security Forces in Jenin conducted an arrest campaign in the Jenin area.