Lieberman’s “solution” : Palestinians will be forced to live on 13% of their original land 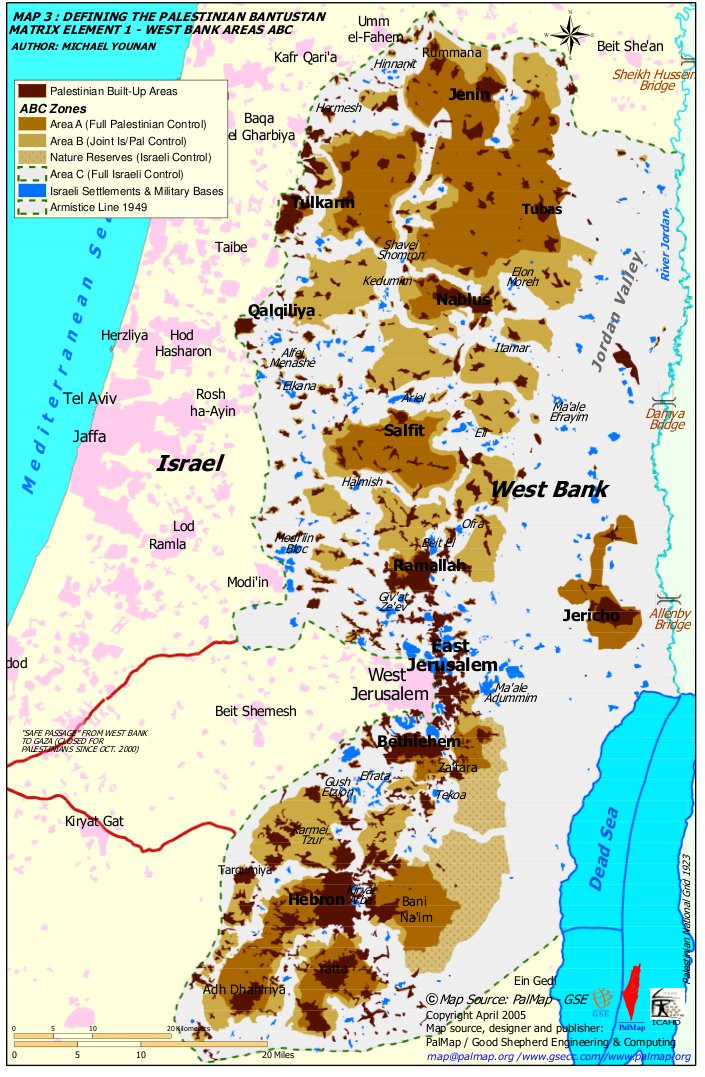 The Israeli Foreign Minister Avigdor Lieberman, known for his controversial stance advocating the ‘transfer’ of Palestinians with Israeli citizenship, has drafted his own map to “solve” the Israel-Palestine conflict, in which all land taken from the Palestinians by Israeli brute force would be allowed to remain in Israeli hands, leaving Palestinians with several non-contiguous land reservations made up of 13% of their original land, and refugees would be denied their internationally recognized right of return.Lieberman has previously come under fire for calling on the Israeli government to forcibly remove the 1 million Palestinians with Israeli citizenship from Israel, and has stated that these one million people would have to move to any future Palestinian state, and have their Israeli citizenship revoked. In his announcement Saturday of a “solution” for the conflict, he did not mention what would happen to this population of people, but implied that they would be forced to move.

According to Lieberman, the Palestinian ‘state’ he proposes would consist of the areas known as “A” and “B” under the Oslo Agreement. This means 25 separate reservations in the West Bank, none of which are geographically contiguous. When such a proposal was made in the past, then-US President George W. Bush said that it was unacceptable, as it created a “swiss cheese state” with no geographic contiguity.

Many Palestinians have compared the proposal with the ‘land reservation’ system in the United States, in which Native American nations which were virtually wiped out by colonial forces beginning in 1492 were allocated small swaths of land on which to survive, and these reservations are considered “sovereign” by the US, despite being surrounded by the United States.

In Lieberman’s proposal, the West Bank would essentially remain under Israeli military occupation, and Palestinians would continue to be denied their internationally recognized rights of equality, freedom of movement, freedom of association, right to self-determination, and the right of return of Palestinian refugees.

The Foreign Minister says that his proposal would prove that Israel is a partner for peace, and if Palestinians refuse to accept it, they are obstructing peace, and should be sanctioned. He added that he will instruct the US Congress to halt all aid to the Palestinian Authority if they do not accept his ‘solution’.