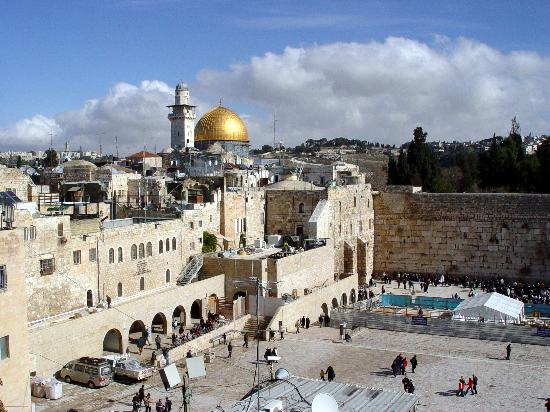 Documents reveal PA made series of concessions to Israel negotiators; East Jerusalem was offered and rejected since it didn’t include settlements in West Bank.Palestinian negotiators secretly agreed to concede almost all Jewish areas of East Jerusalem to Israel, the Guardian newspaper and Al-Jazeera TV reported on Saturday. Some 1,600 Palestinian documents on peace talks with Israel, obtained by Al Jazeera TV and given to the Guardian, provide a glimpse into the breakdown of the peace process.

The biggest revelation from the documents is that Palestinian negotiators secretly agreed to accept Israel’s annexation of all but one of the neighborhoods, Har Homa, built in East Jerusalem.

In an effort to move closer to independent statehood, this was one in a series of concessions made to Israel by Palestinian negotiators. The documents present the Palestinian Authority as weakened and desperate because of lack of progress in talks and the growing strength of Hamas.

Israeli negotiators come across in the minutes as confident while U.S. politicians seem dismissive toward Palestinian representatives, according to the Guardian.

The PA leadership may have difficulty justifying the revelations to a public not ready to offer the same concessions. The documents also mention other controversial issues such as the right of return of Palestinian refugees, the close cooperation between Israel and Palestinian Authority Security forces, land swaps in East Jerusalem and the West Bank, and of Israeli warnings to the PA of the invasion of the Gaza Strip in 2008-09.

Al-Jazeera TV reported that the Palestinian Authority offered Israel all settlements in Jerusalem except Har Homa on June 15, 2008.

Saeb Erekat, the chief Palestinian negotiator, also proposed in an October 2009 meeting that Jerusalem’s Old City be divided, ceding Israel control over the Jewish Quarter and part of the Armenian Quarter.

Other documents revealed a Palestinian agreement to the return of only 100,000 Palestinian refugees into Israel, and that Erekat agreed to the Israeli demand of recognizing Israel as a Jewish state.

The documents also reveal that the Palestinian negotiators, in an effort to move forward on the sensitive issue of the holy sites in the Old City of Jerusalem, proposed a joint committee to administer the Temple Mount.

The offers were made in 2008, at the Annapolis conference, and were favored by chief Palestinian negotiator Saeb Erekat. He mentioned it was giving Israel ‘the biggest Yerushalayim [the Hebrew name for Jerusalem] in history.’

Israeli leaders, backed by the U.S. government, said the offers were inadequate. The offer was rejected Israel because it did not include Ma’aleh Adumim, as well as Har Homa and Ariel, which are settlements located in the West Bank.

The leaked documents include extensive verbatim transcripts of private meetings. Many were independently verified by the Guardian and corroborated by former participants in the talks and intelligence and diplomatic sources, the newspaper reported.