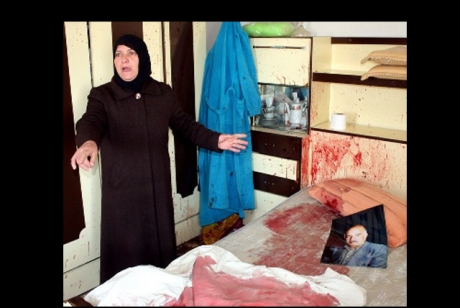 The Israeli Military Central Command absolved on Monday two Israeli soldiers who shot and killed two Palestinians at a roadblock in the occupied West Bank. The army said that the soldiers made what was described as “justified decisions”. The two shootings took place at a roadblock near the northern West Bank city of Nablus.
Israeli daily, Haaretz, reported that Avi Mizrachi, the head of the Central Command of the Israeli Army, said that the shootings that took at a roadblock earlier this month are justifiable, and that the soldiers “acted within the operations manual”.

The first fatal shooting was carried out on January 2 when soldiers of the Duchifat Brigade shot and killed a Palestinian man who allegedly was shouting in Arabic and ignored their orders to halt.

The soldiers claimed that they first shot him in the leg before they shot him dead after he “ignored their demands”.

Mizrachi stated that the soldiers acted in accordance with the orders, “as they took all needed measures before they decided to open fire”.

The second shooting took place on January 8 when the soldiers shot and killed Khaldoun Sammoudi, from Al Yamoun village, near Jenin.

The army claimed that Sammoudi stepped out of a cab and headed to the roadblock while “shouting Allahu Akbar”.

The army claims that he carried two objects that looked like grenades and that army sappers found improvised explosives and a knife on his body.

Commenting on the two incident, Mizrachi said that the soldiers in both incidents “prevented attacks that could have led to human casualties”.

On Wednesday, January 20, the Israeli army exonerated a soldier who repeatedly shot a 65-year-old Palestinian man, while he slept in his bed on January 7th. The attack took place in the southern west Bank city of Hebron.

Soldiers, allegedly looking to wanted Palestinians, broke on Friday at dawn (January 7) into the home of Omar Al-Qawasmy, 65, who was sleeping in his bed, and opened automatic fire immediately after breaking into the bedroom.

Despite the fact that Al Qawasmy was killed, a second soldier fired several rounds at his body. The soldiers did not even try to “identify” their target before they opened fire at the sleeping man.

After the fetal shooting, Mizrachi said that the soldiers acted according to the procedures manual, and decided that the soldier who repeatedly shot Al Qawasmy will remain in his post without any demotions and legal measures, while a second soldier, who shot the man after he was killed, was discharged from military service..