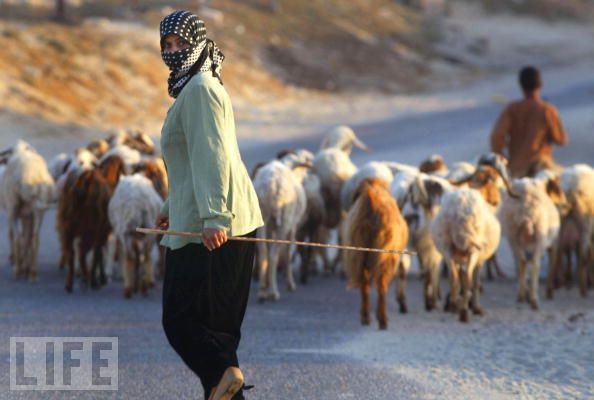 On Sunday, settlers assaulted internationals while they were escorting Palestinians to their pasture to graze their herds in Um al Hir , a Beduoin village in South Hebron Hills.Settlers threw stones and succeeded in hitting the international activists. Only the international escorts, who were specifically requested to be there due to recent tensions in the area, were targeted.

One international had a still camera stolen from him, however managed to hold on to his video camera and was able to film the event. When this international activist went to the police to file a report, the police told him that if he erased all his footage on the video camera, he would return the other camera to him.

After the incident, the army arrived and protected the Palestinian residents from settler disturbances, harassment and attacks. The grazing was completed with army protection.

The Beduoin village of Um al Hir is close to Susya, which has been suffering from the encroaching settlement of Carmel. First established in 1981, the settlement is on Palestinian land and has since been closing in on them. The village was recently in Israeli news due to the army’s decision to issue a demolition order on the village’s “Taboon,” an outdoor stove used for baking bread. Apparently the stove was built without a permit, and therefore must be destroyed.

Last Friday, settlers went to the pastures of Um al Hir to plant trees in honor of the Tu B’svhat holiday, which marks the beginning of the tree-planting season. They were escorted by large amounts of army protection.