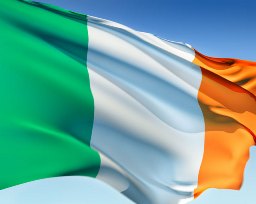 On Tuesday, the Irish government announced it’s decision to upgrade the status of the Palestinian mission to the country, the official Palestinian representative office, to the level of an official embassy.The move comes following a similar decisions made by several European countries including Spain and France.

Israeli daily, Haaretz, reported that Israel believes that the Palestinian Authority is acting on persuading nearly a dozen E.U. countries to upgrade the Palestinian diplomatic status, and that currently Denmark, Malta, Finland, Germany, Sweden and Britain are considering similar recognition and upgrade of status.

The recent developments angered Tel Aviv while the Israeli Foreign Ministry issued a statement expressing regret over the Irish decision.

The Foreign Ministry in Tel Aviv claimed that such a move “does not help boost the peace process”, and added that it only boosts “the Palestinian illusion of advancing their interests without returning to the negotiations tables”, Haaretz said.

On Monday, Peru joined several Latin American countries in recognizing a Palestinian State. The United States, the biggest and strongest ally to Israel, regarded the move as “premature”.