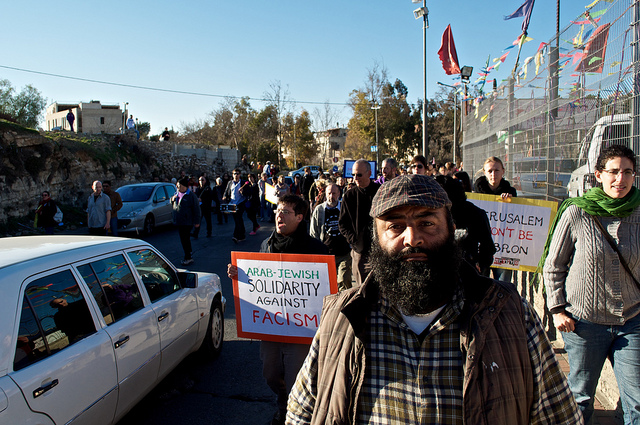 The Jerusalem Municipal Committee for Planning and Building have met, on Monday, to approve the construction of two buildings in the East Jerusalem neighborhood of Sheikh Jarrah. These buildings will be for the exclusive use of Israeli settlers and will require the eviction of Palestinian families in the neighbourhood before construction can begin.The meeting was held two hours prior to the scheduled time, preventing the residents of Sheikh Jarrah from raising their objections.

Sheikh Jarrah has been a site of conflict and tension between Israelis and Palestinians, with the Jerusalem Municipality ignoring East Jerusalem’s status as occupied territory following the State of Israel’s military occupation of the West Bank, which East Jerusalem is a part of, in 1967.

Under this designation, it is illegal, under international law governing the rights of populations living under occupation, for populations to be transferred, either by expelling those currently living in the area, or moving members of the occupying power’s population into the territory.

In the case of Sheikh Jarrah, three families – the al-Kurd family, al-Ghawi family, and al-Hanoun family – have been evicted, and Israeli settler families have been moved in to their homes.

Legal justification, from the Israeli Supreme Court stating that Jewish families had owned the houses prior to the 1948 war that led to the creation of the State of Israel and the annexation of the West Bank by The Hashemite Kingdom of Jordan, has failed to redress the loss of property by Palestinian families who had lived in West Jerusalem prior to the war.

Following this war, Palestinian families were moved to the neighborhood, having been left homeless, and were given legal entitlement to the homes by the Jordanians.

Furthermore, the Shepherd Hotel was demolished on January 9, 2011. Although vacant, the hotel held historical significance to the Palestinian population of East Jerusalem. In 2009 the Jerusalem Municipality approved construction of 20 apartments by the hotel, again for use by Israeli settlers, and the demolition of the hotel will lead to the construction of a three story parking garage and access road for the settlement.

During the meeting, Israelis from the Sheikh Jarrah Solidarity Movement protested, due to their expectations that the municipality would find in favor of the construction plans. During this demonstrations four Israelis were arrested.