Egyptian Paper: “Mubarak In A Coma” 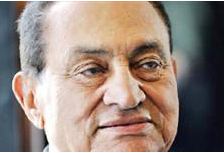 Dr. Ahmad Shafiq, the acting head of the temporary Egyptian Government, stated that former Egyptian President, Hosni Mubarak, is currently in a coma in his residence in the Egyptian resort of Sharm el-Sheikh, and that a decision to move him to a local or international hospital was not made yet. Shafiq also stated that all minister of the former government with warrants against their departure from Egypt, are still in the country.

He stated that Mubarak went into a coma on Saturday, only two days after he and a number of his family members left Cairo to Sharm el-Sheikh.

According to the Egyptian daily, al-Masry al-Youm, Mubarak lost consciousness after he recorded a statement officially appointing his deputy, Omar Suleiman, to run the government until elections are held.

Forced to resign after 18 days of massive, continuous protest by the Egyptian public, demanding both his resignation and comprehensive political reform, Mubarak headed to Sharm el-Sheikh last Thursday. He fell ill on Saturday.

According to some Egyptian reports, Mubarak lost consciousness twice while recording his statement that was published by the official Egyptian TV on Thursday evening.

Al-Masry al-Youm reported, Saturday, that the German government denied reports of an Egyptian proposal to move Mubarak to the country for medical treatment.

Mubarak has been under preventive medical intervention since 2010, and underwent several surgeries, including the removal of his gallbladder and benign tumor in his intestines.