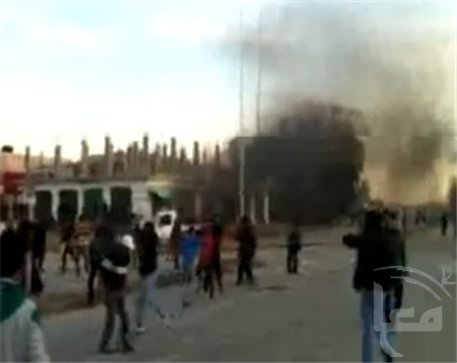 A Palestinian student studying in Libya was shot and killed on Thursday by a group of armed mercenaries in Misrata city, east of Tripoli in Libya, the Maan News Agency reported.The student was identified as Hassan Hatem Abu Mustafa, 20, from Khan Younis in the southern part of the Gaza Strip.

During a phone interview, Hassan’s sister told the Maan News Agency that African mercenaries, paid by the regime of Qaddafi, fired several live rounds at her brother in front of her home.

She added that her brother was searching for their uncle who went missing more than four days ago and is believed to have been kidnapped by armed militias.

Hassan is a second-year student of Engineering at the Misrata University.