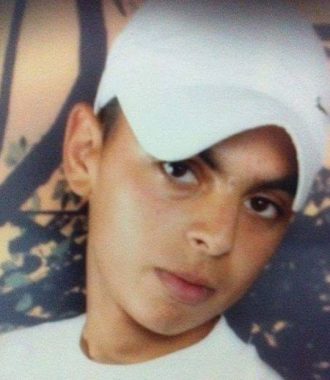 Palestinian medical sources in Jerusalem reported Saturday that Milad Sa’id Ayyash, 17, died of wounds suffered Friday during clashes with the Israeli police in Silwan town, in occupied East Jerusalem. The bullet was fired by a settler of an illegal outpost in the area.

Eyewitnesses reported that the bullet was fired by a settler from one of the floors of the illegal “Yonatan” outpost in Batn Al Hawa neighborhood.

The settler fired the illegal “Dumdum” rounds at the protesting youths in the area, the witnesses told the Bokra website.

Dumdum bullets ate rounds of live ammunition designed to expand on impact in order to cause a larger diameter wound.

Khayyam was injured in his abdomen by the dumdum round. The bullet detonated in Ayyash’s intestines rupturing them and leading to massive bleeding. He was the youngest among a brother and sister.

His brother, a student at an Egyptian university, came back to the country to attend the funeral with his parents, the “Bokra” website reported.

Ayyash’s father, Sa’id, spent 17 years in Israeli prisons as he was serving a life-term. He was released in a prisoner-swap deal in 1985.

“My son was killed in Jerusalem while the Palestinian people were marking the Nakba”, the father added, “The occupation is a criminal entity, and the Palestinians can only achieve their rights by ongoing struggle”.