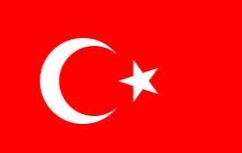 Turkish Prime Minister, Recep Tayyip Erdgan, declared Ankara is freezing all trade and military ties with Israel, as well as stepping up Turkish naval patrols in the Mediterranean. Erdogan added that Turkey is discussing serious steps involving imposing sanctions on Israel in the light of the political crisis between the two countries, the crisis escalated after the Palmer report on the Israeli attack on the Turkish MV Marmara ship was released.

The Turkish PM told reporters that he might visit Gaza, then he would decide whether to take action on ground. He is planning a visit to Egypt this month for talks with Egyptian officials.

Turkey rejected the findings of the report, and insists on an official Israeli apology in addition to compensation to the families of the nine Turkish activists who were killed when the Israeli army attacked the MV Marmara ship in international waters last year. The ship was part of the Freedom Flotilla that was heading to Gaza to deliver humanitarian supplies.

The Turkish government decided to suspend all of its military and diplomatic ties with Tel Aviv due to Israel’s refusal to admit responsibility for its actions.

Turkish security personnel have tightened measures against Israelis at the Istanbul Airport; most of them were businessmen who have been establishing commercial ties Turkey for several years.

Turkish Foreign Ministry ordered the deputy of Israeli Ambassador, and all senior embassy staff to leave Turkey. The same order was issued against the Israeli Military Attache, and the representative of the Israeli Mossad.

“The Turkish actions came despite US efforts to break the deadlock in the Turkish-Israeli relations.

“The Israeli government sent several letters to the Turkish government, affirming its willingness to restore ties with Turkey.’, Yedioth Aharonoth reported,’Israel’s responses to the Turkish actions were rational despite the serious Turkish measures against Israelis at the Istanbul Airport yesterday”.

Israeli paper, Maariv, stated that an Israeli cabinet minister stated that the Turkish government is seeking a strategic decision which will gradually move Ankara away from Israel, and establish close ties with Islamic states, and other countries, in the region.

On Monday, Turkey confirmed that trade ties with Israel wouldn’t be affected during the current stage. However, the Israeli-Turkish cooperation decreased on more than one level; military cooperation between the two countries had significantly declined, and all joint military trainings had been halted.