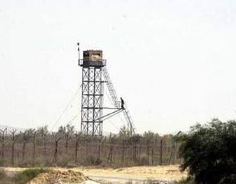 Israeli sources reported that a number of live rounds were fired Sunday from Egypt into Eilat, close to the site where eight Israeli soldiers were killed last month after gunmen opened fire at a military bus driving on a highway close to the border.The sources added that no injuries took place due to the recent alleged shooting, but staed that the attack targeted soldiers.

Israeli daily, Ha’aretz, reported that the gunman could not be located after he escaped into Egypt, and that Israeli soldiers did not fire back.

Israel believes that the attack was planned and coordinated by the Popular Resistance Committees in Gaza, and that other fighters, who crossed into Gaza via the tunnels, participated in it.

The killing of the Egyptian soldiers has led to a diplomatic crisis between Israel and Egypt, while thousands of Egyptians held massive protests in front of the Israeli embassy in Cairo and one of the protesters managed to climb up the embassy building, and removed the Israeli flag.

On Thursday, Israel evacuated its ambassador from Cairo due to massive popular protests in front of its embassy.

Ha’aretz further reported that Israel and Egypt are interested in ensuring normal diplomatic ties between the two countries, and that Egypt vowed to respect its peace deal with Tel Aviv.

Egyptian protesters are demanding Cairo to cut all ties with Israel for its ongoing occupation and violation in Palestine, and its attack the led to the death of the Egyptian soldiers.