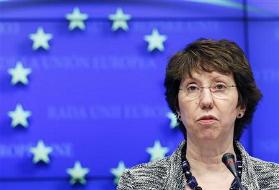 The European Union is hoping to convince the Palestinians to void their UN recognition bid by offering them an alternative of a limited upgrade to the current observer status at the international body.E.U. Foreign Policy Chief, Catherine Ashton, conducted a tour in the Middle East this week in order to mediate between Israel and the Palestinian Authority hoping to revive the stalled peace talks, and to convince the Palestinian Liberation Organization (PLO) to cancel its bid at the United Nations.

The PLO and the Palestinian Authority in the West Bank are hoping to submit the bid to the U.N. after the General Assembly starts its annual meetings on September 21.

In Tel Aviv, Israeli Prime Minister, Benjamin Netanyahu, stated Thursday that he will be delivering a speech at the UN next week to urge the Palestinians to hold peace talks with Tel Aviv instead of seeking a full membership at the United Nations.

In his speech, Netanyahu will be calling for voiding the bid, although an American Veto is assured.

European diplomats stated that Ashton is trying to offer a proposal that includes a statement from the Quartet Committee for Middle East Peace, setting grounds for future Palestinian-Israeli peace talks.

The offer includes a very limited upgrade of the Palestinian status without totally voiding the possibility of a more significant future upgrade, referring to an upgrade based on what happens in direct peace talks with Israel.

So far, it remains unclear whether this upgrade will lead to Palestine becoming a non-member country, similar to the Vatican, or a different formula. The P.A. currently holds an “observer status”.

On Wednesday, Palestinian President, Mahmoud Abbas, stated that the Palestinian-UN bid is final, and will not be voided, especially amidst the absence of peace talks with Tel Aviv.

The United States already declared its full opposition to the move, and officially declared it will be using its Veto power against it, despite the fact that most countries expressed support to the Palestinian move.

The Palestinians had to quit talks due to Israel’s escalating violations, invasions, assassinations, and the escalating construction and expansion of Jewish settlements in the occupied territories, especially in and around occupied East Jerusalem.