Ami Ayalon: “Israel Must Vote For The Palestinian State” 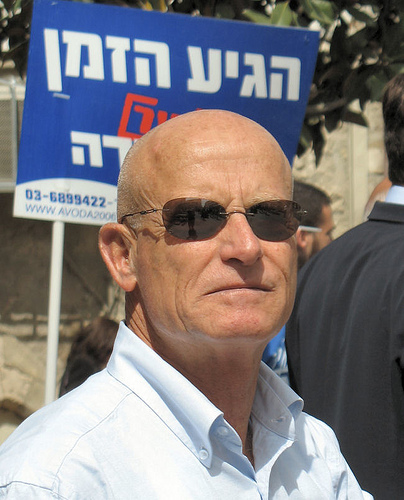 Former head of the Israeli Shin Bet (Israel’s internal security service), Ami Ayalon, called on the Israeli government of Benjamin Netanyahu, to vote for the Palestinian State at the United Nations.Ayalon stated that, during his post as the head of the Shin Bet, he declared that negotiations between two states are the best type of talks, and that should the UN recognize Palestine as a state, Israel should observe the new situation as an opportunity, and must vote for this state.

“After voting for the Palestinian State, Israel should start negotiations over borders”, Ayalon added.

He further stated that the obstruction of peace talks is what pushed the Palestinians to head to the United Nations.

“If that is a mistake, then we should realize that the US made several mistakes in recent years”. Ayalon said, “We should also realize that the Palestinian move came due to the lack of other options”.

Ayalon also stated that the current political isolation of Israel, and the Arab revolutions, should oblige Israel to come up with a new political initiative.
On Sunday, Deputy Israeli Foreign Minister, Danny Ayalon, told a Palestinian Donors Conference at the United Nations, that the Palestinian UN-bid would lead to compromising what he called “future assistance and cooperation between the Palestinian Authority in the West Bank and Israel.

He added that “Israel wants to help boost the Palestinian economy”, and that the current Palestinian position, and the statehood bid at the UN, could affect the Israeli stance, and will likely lead to halting what he called ‘assistance and cooperation’.