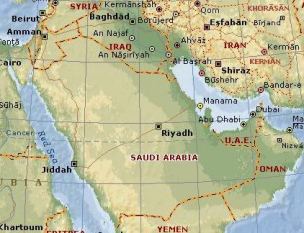 Amidst U.S. and Israeli threats to bankrupt and isolate the Palestinian Authority in the West Bank due to the UN state recognition bid this month, Saudi Arabia announced it is donating M $200 to the P.A.Palestinian president, Mahmoud Abbas, stated that the leadership will not void its UN-bid as it is a political move aimed at placing the Palestinian cause and the ongoing Israel occupation at the top of the international agenda, amidst ongoing Israeli violations and illegal settlement activities.

He added that the move is not meant, in any way, to isolate Israel as a state, but to isolate its occupation of Palestine.

Fayyad was on his way from New York after attending a meeting with donor countries.

He thanked Riyadh and stated that the P.A. appreciates the generosity of Saudi Arabia and its king “for their ongoing financial and political support to the Palestinian
people and their legitimate cause”.

Riyadh is the biggest financial supporter to the P.A. and the Palestinian Liberation Organization, and even to nongovernmental charity organizations in Palestine.