Erdogan: “Israeli Policies, The Only Cause For Tension In The Region” 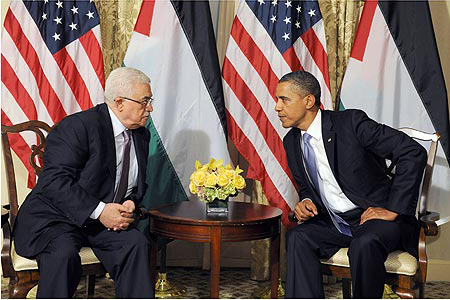 He added that Israel must realize that only peace can bring real security, and that there is no alternative to peace.

The Turkish FM called for international pressure on Israel, and added that Israel must be made to realize that it is not above the law. He also stated that Israel ignored, and still ignoring, 89 resolutions issued by the Security Council, the Arabs48 news website reported.

Furthermore, Erdogan referred to the Israeli deadly attack against the Turkish MV Marmara ship, of the Freedom Flotilla, and said that Israel must issue an official apology for its attack, and must pay compensation to the families of the victims.

Meanwhile, the United States and several other European countries are still trying to convince the Palestinian leadership to drop its statehood bid at the United Nations.

Israeli paper, Yedioth Aharonoth, reported that mediation efforts would continue until the last moment, in order to convince the Palestinian to cancel what it called “their unilateral move”.

It also stated that while American press agencies did not largely focus on the speech of U.S. President, Barack Obama, as the New York Times allocated only half a page for it, while Los Angeles Times focused on the relation between the speech, U.S. elections, and Jewish voters in the country.

The Israeli paper added that a Palestinian official stated that President Mahmoud Abbas will go ahead and submit the statehood recognition bid on Friday, and after that, the process starts and the head of the Security Council will then move the file to a special committee to discuss it. The discussion could be fast, or the application could be put on hold until further deliberations or developments.

Furthermore, diplomatic sources at the United Nations stated that the Quartet Committee will issue a statement on Friday calling for the resumption of peace talks between Israel and the Palestinians within a month.

The sources added that the Quartet statement will include the timetable presented by the French President, Nicolas Sarkozy, during his Wednesday speech at the General Assembly.

The French Proposal calls for; resuming direct peace talks within a month, an agreement on borders and security within six months, and final peace agreement within a year.

In September of 2010, Obama said during his speech at the UN General Assembly that he would like to see Palestine as a UN member state in September of 2011. But now, the Obama administration intends to Veto the Palestinian UN-bid.

The U.S is threatening to force the Palestinian Authority of Mahmoud Abbas into bankruptcy by cutting its financial support to the P.A and by isolating it.

In Israel, several intellectuals and senior diplomats are demanding Netanyahu to present a clear Israeli vision for a solution to the conflict in order to avoid “clashes with the U.S.”, and to curb international pressures that might lead to Israel’s political isolation.

Israel and the United States believe that the Palestinian bid is a “unilateral move” that is meant to avoid direct peace talks with Tel Aviv.

The Palestinian position is that Israel used years of negotiations in order to annex more Palestinian lands to create facts on the ground by its massive construction and expansion of Jewish settlements in the occupied territories, especially in occupied East Jerusalem.