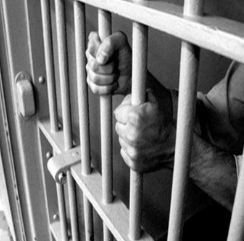 Palestinians detained in Israeli occupation jails have announced their intent to begin an open-ended hunger strike to demand an end to the ever increasing humiliating and degrading treatment at the hands of Israel’s prisons services (IPS), starting on September 27th.Prisoners are calling for the release of prisoners from isolation, some of whom have been kept in isolation units for ten years; the end of collective punishment – including the shackling of hands and feet when family and lawyers visit; access to healthcare and education are amongst the demands too.

Hunger strike is one of the few methods of nonviolent resistance available to Palestinian prisoners, who have been protesting against their unfair treatment – such as lack medicines and decent food for years. Since the announcement of punitive measures by Netanyahu in June, the situation has deteriorated rapidly.

There are currently approximately 7,000 Palestinians in Israeli jails, including women, children and elected politicians. Many of them are held for long periods without charge, denying families their breadwinners.

1. Contact the ‘Israeli embassy’ or consulate in your country and demand the immediate release of Palestinian political prisoners.

3. Write to human rights organizations asking them to act swiftly to demand that all Palestinian political prisoners and detainees are freed from punitive isolation.

4. Email the International Committee of the Red Cross whose humanitarian mission includes monitoring the conditions of prisoners, at jerusalem.jer[at]icrc.org,efillion[at]icrc.org