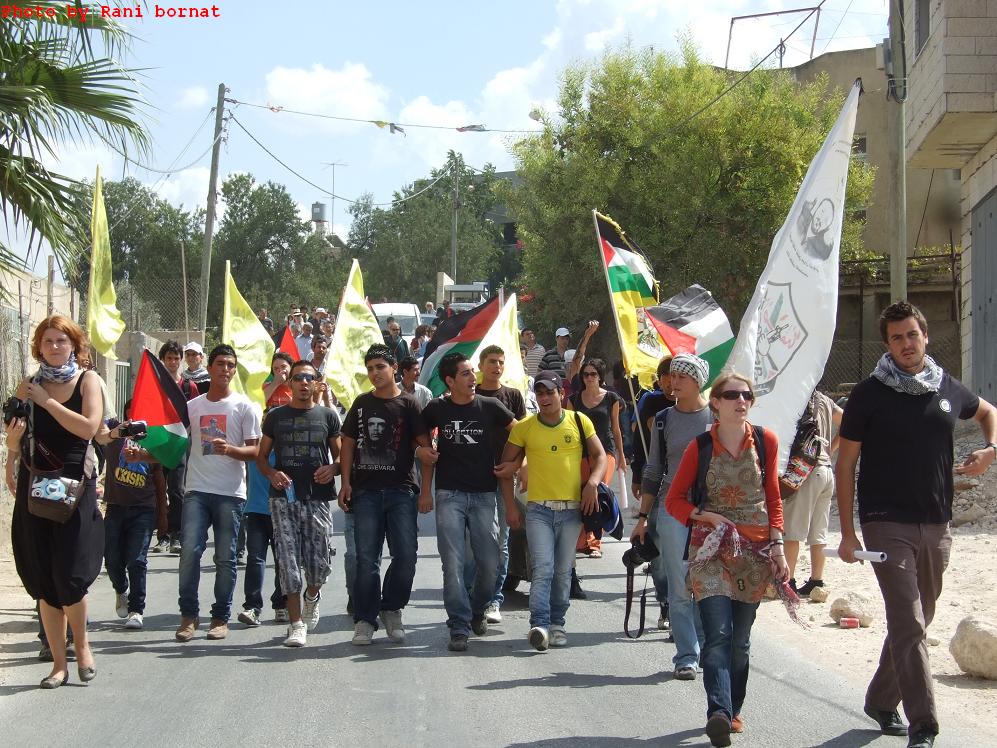 On Friday, dozens of demonstrators were asphyxiated by tear gas during the weekly march organized by the Popular Committee Against the Wall and Settlements in Bil’in. Present at the demonstration were Chairmen of the Advisory Council for a Green Palestine, Basem al Masri and Dr. Sabri Saydam, a member of the Central Committee of Fatah, Sultan Aboul-Enein, Adviser to the Prime Minister, Dr. Jawad Naji, the artist Ahlam Faqih, and dozens of Palestinians and international and Israeli peace activists.

The march began from the center of the village after Friday prayers, as participants marched through the village lands liberated in June, waving Palestinian flags and banners of imprisoned leader Marwan Barghouti.

They chanted patriotic slogans calling for the end of the Israeli Occupation, the destruction of the Apartheid wall, and the upholding of Palestinian rights.

Upon the arrival of participants to the al-Thahar area, where Bassem Abu-Rahma was shot and killed in 2009, the Advisory Council for a Green Palestine announced the start of a new green project in the village of Bil’in, which will involve olive tree-planting and the installation of solar-powered street lamps.

The speech was delivered by Bassem al-Masri, who called on all residents to join hands to end the Occupation through the implementation of projects and self-reliance, and said that they will rebuild, replant, and continue their struggle by developing the lands destroyed by the Occupation.

After the speech, participants processed towards the Abu Lemon area, where Sultan Aboul-Enein declared the opening of Ahlam Faqih’s art exhibition, an expression of solidarity with the people of Bil’in and their battle against the Wall.

Sultan Abul-Enein declared the need for solidarity with the people of Bil’in, and said that artists play a large role in supporting the Palestinian cause in the face of the Occupation. Participants then marched along the wire fence adjacent to the wall.

Traditionally, during the demonstrations, the Israeli Occupation Forces fire tear gas on the participants after a few minutes of peaceful protest.

At today’s demonstration, stones were thrown over the concrete wall from the front of the demonstration by a group of youths from the village. Immediately, soldiers stationed behind the wall fired tear gas around the demonstration and art exhibition, preventing participants from escaping the gas for hundreds of meters.

Dozens were asphyxiated and several were treated by a team from the Palestinian Red Crescent ambulance. The gas canisters also ignited a fire in the olive groves adjacent to the wall, but the participants were able to control and extinguish the fire. No other incidents were reported. 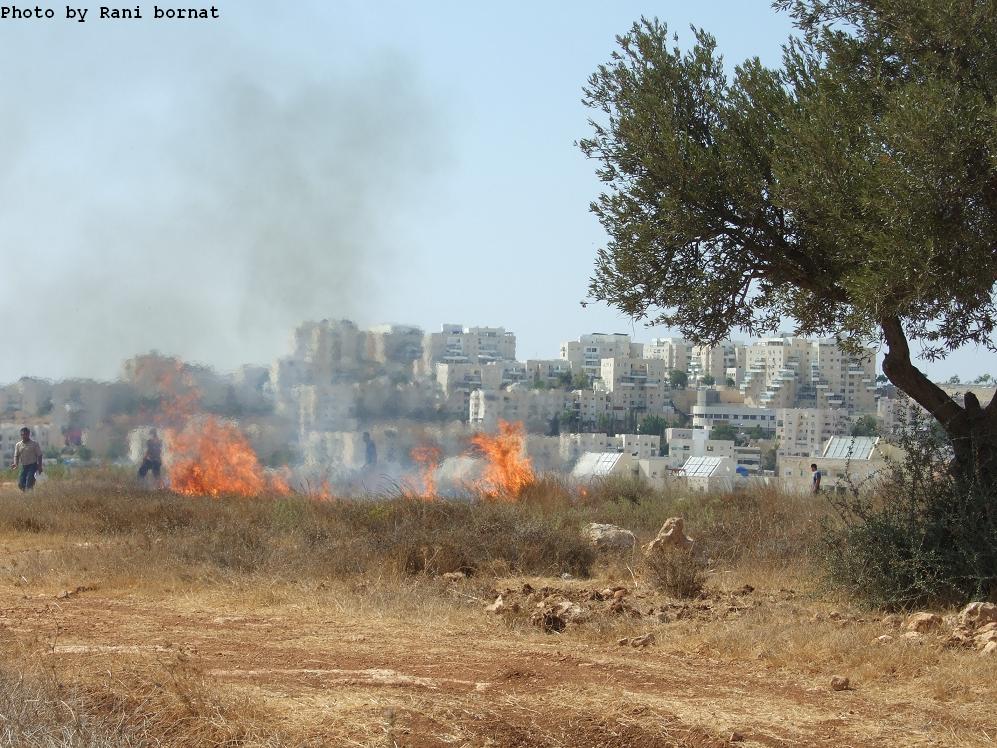