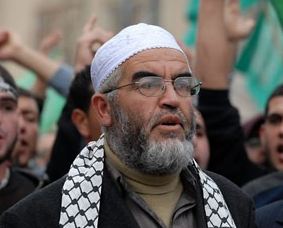 High Court Justice, Andrew Nicol, stated a few days ago that Salah was not informed on why he was being placed under arrest in June this year, and that he was only informed of these reasons two days after the fact.

The Judge said that due to this fact, Sheikh Salah can legally sue for compensation.

Sheikh Salah arrived in London before the end of June this year; he was planning a number of public meetings, including meetings with pro-Palestine groups, in addition to a meeting at the House of Parliament in London.

The Sheikh came to the country after an official invitation from Labor Party legislators who planned a pro-Palestine event at the Parliament.

Three days after he was legally allowed into the country, British immigration officers arrested him at his hotel and cuffed him before taking him to a police station; he was then held at an immigration detention facility for 21.

Despite the fact that Sheikh was arrested from his hotel room on June 28th, under direct orders issued by British Home Secretary, Theresa May; he was not informed of the reasons behind his arrest until June 30th.

On July 18th, Sheikh Salah was released on bail, but the bail agreement obliged him to observe a 15-hour nightly curfew, and prevented him from speaking in public.

He was also ordered to head to an immigration center on a daily basis, and was forced to wear a tracking device.

In the most recent court session against Salah, his attorney Rida Hussein, stated that Salah was arrested and held in detention without any legal grounds, and that the compensation case is based on the fact that the arrest was illegal.

Meanwhile, British Prosecutor Neil Shildon insisted that the Ministry of Interior “acted within its jurisdiction when it ordered the arrest and deportation of Salah”.

Sheikh Salah was on a 10-day tour in Britain, and was preparing to hold a number of meetings and public speaking tours, including the speech at the House of Commons. The tour was organized by the Palestine Solidarity Campaign.

Israel has been lobbying against Sheikh Salah in the country and abroad since many years now. He was repeatedly arrested and prevented from entering Jerusalem after he was accused of “incitement”.

On April 18 this year, Israel arrested Sheikh Salah at the Allenby Border Crossing with Jordan after border officers claimed that he attacked one of the interrogators while questioning him. He was arrested in many other incidents under different allegations.

On May 31, 2010, the Sheikh was arrested on the Turkish MV Marmara solidarity ship, after Israeli commandos violently boarded the ship in international waters killing nine Turkish activists and wounding dozens before towing the boat to Ashdod.