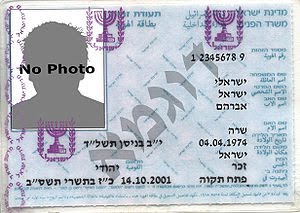 An 81-year old Israeli intellectual has been allowed by an Israeli court to register a new identity card that does not list a religion – an anomaly in Israel, where all citizens are categorized on Israeli-issued ID cards by their religion. Israeli passports list the nationality of each citizen as either ‘Jewish’ or ‘Arab’.Yorum Kaniuk is a well-known Israeli author who has written a number of books, including one about the Israeli war of independence, known to indigenous Palestinians as the ‘Nakba’ or ‘Catastrophe’, entitled ‘1948’.

He had filed a case with the court that he should be allowed to register without religion, under the Israeli Basic Law on Human Dignity and Freedom. Judge Gideon Ginat of Tel Aviv agreed, stating in his ruling that “Freedom from religion is a freedom derived from the right to human dignity, which is protected by the Basic Law on Human Dignity and Freedom”.

Kaniuk filed the petition in May, saying that he is not religious, but still wants to be part of the Jewish nation, saying, “Because the State of Israel does not recognize the Jewish nationality they suggested at the Interior Ministry that I convert to Christianity or Islam, but to be a member of the Jewish nation without the religion is impossible.”

The renowned Israeli author has, in recent years, criticized policies of the Israeli state, including a 2009 law banning the commemoration of or education about the Nakba – the displacement, in 1948, of 750,000 Palestinians from their homes in what became the state of Israel.

In 2009, he wrote an article in the Israeli paper Yedioth Ahranoth in which he said, “The Germans tried to teach German history without the Holocaust. It didn’t work. The Holocaust is a powerful element in Germany today, because it was a powerful event. The same is true for all sorts of hasty laws by ministers who wish to correct history.’

In the same article, Kaniuk wrote, “I thought that maybe it is still possible, before my death, to turn this state into a Jewish State – not one populated by zealous masses called Jews, but rather, Jews like we used to be; a state where we respect those who fought against us and were defeated. When that will happen, we will see the establishment of an Arab state alongside us, and the city of Jerusalem, also known as al-Quds, will become the capital of two states, one Jewish and one Arab. And then peace will come to Israel.”