US Defense Secretary Discusses Latest Developments With His Israeli Counterpart 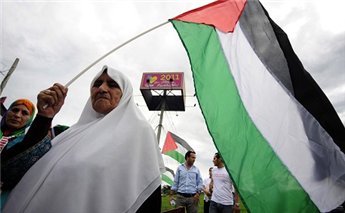 US Secretary of Defense, Leon Panetta, arrived in Israel on Monday to discuss the latest developments in the region with Israeli Defense Minister, Ehud Barak. Issues on the agenda include the Iranian ‘nuclear program’ and the Arab Spring, the Maan News Agency reported Monday.This is the second meeting within two weeks, according to the Israeli newspaper Haaretz. Barak met in Washington with Defense Secretary Leon Panetta and CIA chief David Petraeas.

These meetings, following the opening of the UN General Assembly’s 66th session on September 20 in New York, focus on ways to void the Palestinian bid for UN membership.

The meeting in Israel will also discuss military cooperation between the US and Israel, after which Panetta will fly to Cairo on an official visit, Haaretz added.

‘As a result of the Arab Spring and the position of the Palestinian leadership regarding peace talks, Israel is experiencing increasing isolation in the Middle East’, the US Secretary of Defense told reporters accompanying him on his visit to Israel and Cairo.