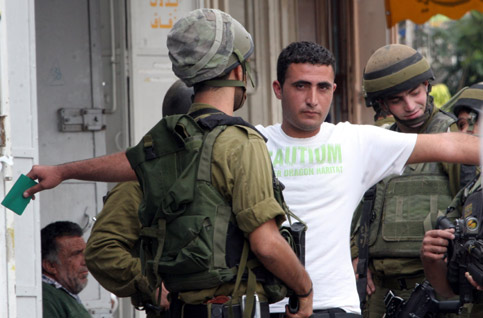 The Israeli Army kidnapped two Palestinian residents from al-â€˜Aroob refugee camp, in the northern part of the West Bank city of Hebron on Monday, after breaking into their houses, the Palestinian news agency (WAFA) reported.Mohammad Awad, spokesperson for the Popular Committee against Settlements and the Annexation Wall, reported that the Israeli Army invaded the camp and detained the two youth, identified as Yosef at-Titi and Mohammad Jawabreh, both 17 years old, after searching their houses and destroying much of the furniture.