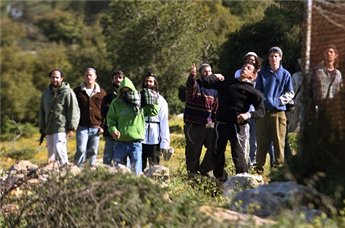 Local sources reported that a 30-minute verbal standoff took place between the residents and the settlers. As the settlers refused to leave the Palestinian orchards and started attacking the olive-pickers, a fistfight developed.

Douglas stated that Israeli soldiers arrived at the scene and removed the settlers; no injuries were reported.

The official added that the settlers are escalating their attacks and violations against the farmers in the Nablus area, preventing them from reaching their lands that are close to Israel’s illegal settlements.

In many cases the settlers have even harvested Palestinian olive trees and stolen the produce.