Urgent Messages From The M.O.H. To The International Health Bodies Concerning Prisoners’ strike 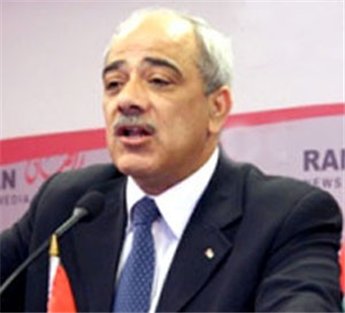 Dr. Fathi Abu Mughli sent urgent messages to both the World Health Organization and the International Committee of the Red Cross, calling upon them to immediately negotiate with the Israeli Military authorities to stop the oppressive actions against the prisoners, the Ma’an News Agency Reported. Abu Mughli stated that the Israeli Military have to respond to the prisonersâ€™ requests for the sake of ending the strike. Dr. Fathi arranged for the sending of the communications due to the dangers that have now started to threaten the prisonersâ€™ lives.

In his letters to the international organizations, Abu Mughli confirmed that, â€œaccording to international conventions, those people are considered prisoners of war and are not criminals. Thus, they should be treated according to the Fourth Geneva Conventionâ€.

In addition, he beseeched that the United Nations act on humanitarian grounds: immediately and quickly in order to stop the poor treatment of the Palestinian and Arab prisoners, provide medical treatment to those whom are sick, maintain their human dignity, and to impress upon Israel the necessity of releasing their prisoners of war as soon as humanly possible.