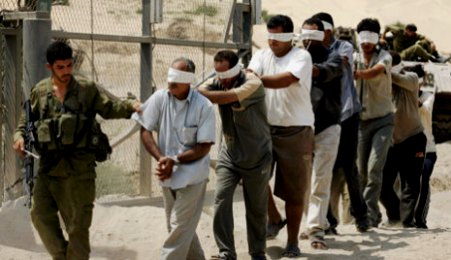 Hundreds of Palestinians gathered on Sunday to watch and partake in the inaugural â€œFreedom Raceâ€ taking place in Beit Sahour, east of the West Bank city of Bethlehem.
The event was sponsored by a variety of local businesses and was named in honor of the Palestinian bid for statehood at the UN, and for the Palestinian prisoners on hunger strike in Israeli jails.

â€œToday is the thirteenth day of our prisoners [striking] in Israeli prisons and we are dedicating this race to their freedom, and to the UN declaration of a state,â€ said Dafer Qassis, one of the race organizers.

Around three-hundred and fifty people took part in the race, many of them children, along with a strong contingent of over thirty five businessmen. The event was held on Sunday afternoon under the auspices of Bishop Munib Yunan of Beit Sahour.

Head of the Bethlehem branch of the Palestinian Prisonersâ€™ Society, Qadura Faris, told PNN that the detainees were entering the â€œmost dangerous stageâ€, after more than 2 weeks of ongoing hunger strikes; they need all the support and solidarity that their people can give.