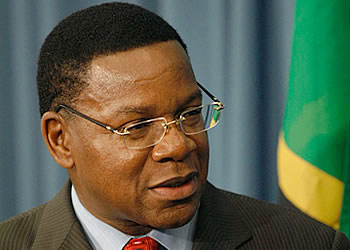 The Foreign Minister of Tanzania, Bernard Membe, affirms his countryâ€™s continuous and concrete support for Palestine, and its legitimate rights to achieve national independence, the Palestinian News Agency (WAFA) reported.During a meeting with the Palestinian Ambassador, Nasri Abu Jaish, at the Headquarters of the Tanzanian Ministry of Foreign Affairs, Membe promised to give everything that is needed to support Palestine in joining the UN as a full member, and helping it to garner support of, an gain membership to, international organizations and institutions.

He also expressed best wishes and luck to the Palestinian people and their leadership, towards succeeding in achieving their goals of freedom, independence, and the establishment of a Palestinian state base on the lands of 1967, with East Jerusalem as its capital.