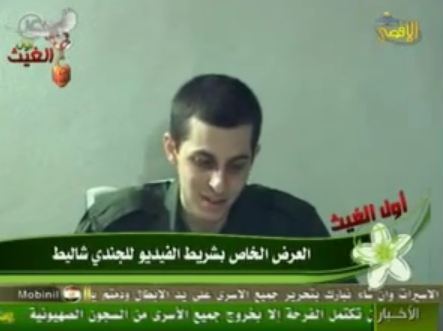 The Israeli cabinet, headed by Prime Minister Benjamin Netanyahu, met Tuesday night after midnight and approved the mediated prisoner-swap deal between Israel and the Palestinian factions that have been holding Israeli corporal Gilad Shalit for the past five years.Israeli daily Haaretz reported that 26 ministers of the Israeli cabinet voted for the deal, while three opposed it. The opposing votes came from Israeli Foreign Minister Avigdor Lieberman, National Infrastructure Minister Uzi Landau, and Vice Prime Minister Moshe Yaâ€™alon.

Noam, the father of Gilad Shalit, thanked the Israeli government for what he called the â€œcourageous decision,â€ adding that the whole difficult experience for the family will not be over until Shalit is back home, Haaretz reported.

Under the swap-deal presented to the Israeli cabinet by Netanyahu, Israel would first release 450 Palestinian detainees, including 280 detainees sentenced to life-terms.

Haaretz reported that 110 detainees would be allowed to go to their homes in the West Bank and occupied East Jerusalem, and that 55 of them are members of Hamas.

203 detainees will not be allowed back to the West Bank. Forty of them will be forced into exile and the rest sent to the Gaza Strip.

Six Arab detainees from the 1948 territories will be allowed back home. Female detainees will be released, except for detainees Ahlam Tamimi and Amna Mona, who will be sent into exile.

The second stage of the prisoner-swap deal is scheduled for implementation after two months. Israel will then release 550 detainees, whose names will be chosen by the Israel government. When Israel releases detainees, it usually chooses those who are about to end their term anyway, detainees not involved in â€œviolent attacks,â€ and even some who were supposed to be released but had not actually been let go.

Israeli security sources reported that senior Hamas fighters and members in the West Bank, especially Abdullah Barghouthi and Abbas As-Syyid, will not be released.

Haaretz also stated that Ahmad Saadat, Secretary-General of the Popular Front for the Liberation of Palestine (PFLP), and Fateh leader Marwan Barghouthi will not be freed.

Israel will also impose restrictions on nearly half of the released West Bank detainees. They will be prohibited from leaving the West Bank, and some will not be allowed to leave their towns of residence.

Israeli Shin Bet Chief (Israel Security Agency), Yoram Cohen, stated that the swap deal is ‘not goodâ€ for Israel. Shalit is the only Israeli prisoner of war in Palestinian hands.

There are more than 6000 Palestinians still imprisoned by Israel, including were dozens of persons from different Arab countries. 820 detainees have been sentenced to at least one life term.

Since the outbreak of the Al Aqsa Intifada on September 28, 2000, the Israeli army has kidnapped 70.000 Palestinians, including around 8000 children and 850 women. Four of the kidnapped women were pregnant when kidnapped and were forced to deliver their children while shackled on prison clinic beds.

Israel has also kidnapped dozens of elected ministers, legislators, and other officials, and has issued more than 20.000 Administrative Detention orders against the detainees.