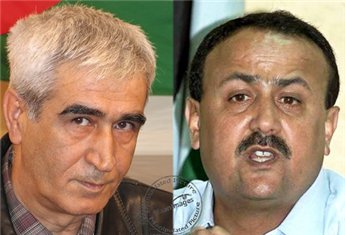 The Israeli Shin Bet chief, Yoram Cohen, said that several Palestinian prisoners who killed, or participated in the killing of, some 1200 Israelis, would be included in the swap deal. â€œThe exchange deal will be done through two phases, first of which will include four-hundred and fifty Palestinian prisoners, whose names have been agreed on, who will be released within a week. The second phase will include nearly six-hundred Palestinian prisoners, whose names have been chosen by Israel, who will be released two months after phase one,â€ the chief said.

The Israeli Shin Bet chief also stated that Israel has not promised to not impose restrictions on detainees who are to be released in the future.

Israelâ€™s Channel Two reported that the exhange between Israel and the Hamas Movement had been signed after a direct meeting held between Ahmed Al-Gaâ€™abarim, leader of Al-Qassam Brigades- the armed wing of the Hamas Movement- and the Israeli special envoy in Cairo.

In addition to this, two female detainees, Qaher As-Saâ€™adi and Ahlam At-Tamimi, included in the deal, will be deported to Jordan and Egypt.

The Hamas Movement and Israel have been negotiating in secret for three months, and the deal, brokered by Egypt and Russia, was signed in Cairo after Israel had agreed to most of the terms being offered by Hamas.

Gilad Shalit has been held captive by the Al-Qassam Brigades since June 2006, after being kidnapped during an operation carried out by several Palestinian factions against Karam Abu Salem Terminal encampment, in which three Palestinian fighters were killed.

Though the release of over one-thousand Palestinian prisoners and Gilad Shalit is a cause of celebration for most, and a testament to negotiations when both sides come together, it should not be forgotten that over six-thousand Palestinians still remain inside Israeli prisons. Over forty detainees have been held for more that twenty-five years, and fifteen Palestinian Legislature Council members are currently being held.