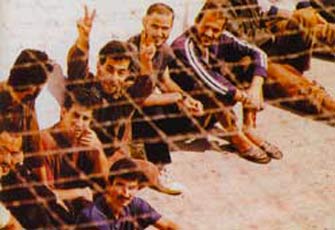 The Hurriyet Daily News in Turkey has reported that Ankara will host forty Palestinian detainees who are to be freed under the prisoner-swap deal between Israel and Hamas. Israel rejected the idea of exiling them to Egypt, Lebanon or Syria.Israel wanted a larger number of detainees to be forced into exile, but the number was eventually negotiated down to just forty. Over 160 West Bank detainees will be sent to the Gaza Strip.

A member of the Hamas Political Bureau, Izzat Al-Rishiq, stated that the second phase of the swap will be implemented two months after the first phase is concluded.

Al-Rishiq wrote on his Facebook page that the deal also states that all freed detainees must be political prisoners, not prisoners held on criminal charges.

The other criteria of the deal state that those released should not be about to finish their sentences. Rather, the terms stipulate that the released detainees must have several years of imprisonment left, even as much as ten or twelve years remaining.

Al-Rishiq said that all detainees released in the second phase of the deal will be allowed back to their towns and homes. Israel, however, will be the sole party to choose those to be released.

The Palestinian Centre for Human Rights (PCHR) stated that there are still more than 5000 Palestinian prisoners inside Israeli jails, including some 400 prisoners from the Gaza Strip.

The centre added that it is deeply concerned over the forced exile of over 200 of the soon-to-be-released prisoners (most of them to Gaza), as this action violates international law.