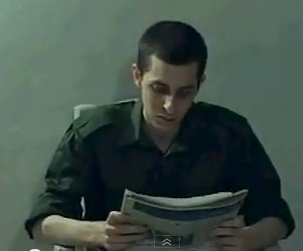 A poll conducted by Israeli TVâ€™s Channel 10, revealed that two-thirds of the Israeli public approve of the prisoner-swap deal that was agreed upon between the Hamas movement and Israel.The poll showed that 69% of Israelis support the deal, with 26% opposed, and the rest remaining undecided.

Only one- in-five Israelis said that Prime Minister Benjamin Netanyahu accepted the deal to serve Israel’s interests. Many more, over 35%, claimed he only approved the deal due to public pressure, or as an attempt to weaken the position of Palestinian President, Mahmoud Abbas, or to divert the public attention away from the ongoing popular protests within Israel.

Palestinian resistance groups, who have held Gilad Shalit in Gaza since June 2006, will be releasing him this week, as Israel implements its side of the bargain by freeing the first 450 Palestinian detainees.

Israel released a list containing the names of the detainees, who will be let go in the first stage, in order to allow organizations and individuals in the country to file their appeals with the Israeli High Court. The court will have 48 hours to look into the appeals.

The Palestinian Centre for Human Rights (PCHR) stated that there are more than 5000 Palestinian detainees currently held in Israeli jails, including some 400 prisoners from the Gaza Strip.