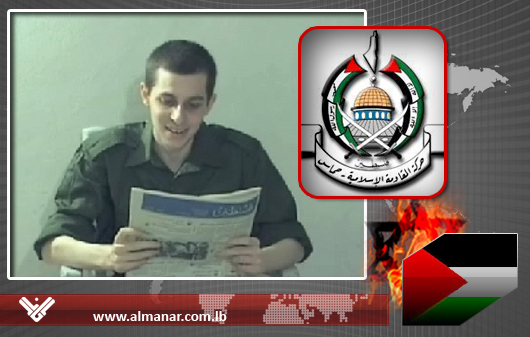 The prisoner-swap deal, signed between Hamas and Israel, has overcome the final hurdle after the Israeli High Court rejected all appeals filed against the deal by Israelis. Hundreds of detainees have been loaded onto buses and taken to various locations in preparation for their release, Egyptian sources have reported that Shalit is now in Egypt, and the freeing of the detainees can now get underway.The deal will set 1,027 Palestinian detainees free in two phases in exchange for the release of Corporal Gilad Shalit. Media sources have reported that Shalit arrived in Egypt, when an SUV loaded with Palestinian fighters crossed the border and handed him over to Egyptian security forces, before returning promptly to their own lines.

Shalit will be returned home to Israel after the release of the first 477 detainees has been completed and confirmed.

The second phase will ensure the release of 550 detainees two months after the first phase is concluded.

The implementation of the first phase of the deal started at on Tuesday at dawn, when 96 detainees were moved from the Negev Detention Camp to the Ofer Prison, in preparation to be released into the West Bank.

Over 300 detainees were loaded onto buses that will drive them to the Kerem Shalom (Karem Abu Salem) Crossing between Israel and Gaza.

On Monday evening the Israeli High Court rejected four appeals filed by Israelis against the deal, stating that the swap-deal is totally legal, and granting the deal a green-light.

Palestinian Minister of Detainees in the West Bank, Issa Qaraqe’, stated that the Palestinian President, Mahmoud Abbas, will personally welcome the freed West Bank residents at his headquarters in Ramallah. Leaders of various factions and institutions will be attending the ceremony.

Unfortunately forty detainees will be forced into exile, while Hamas’ Political Bureau head, Khaled Mashal, will be holding an official ceremony in Cairo to welcome them.

Israeli military and security sources reported that the army is preparing to counter any scenario that could jeopardize the deal, especially after Shalit is handed over to Egyptian security forces.

Before being sent back home, Israel intends to conduct a comprehensive medical checkup on Shalit. He will then be airlifted to a military base in Israel, where his parents will be waiting for him. He will likely receive another checkup, and undergo a thorough debrief at the second base, before his extensive ordeal will finally be over, and he is taken home to be with his family.

Israel will impose media restrictions at the base, in order to ensure privacy for Shalit and his family.