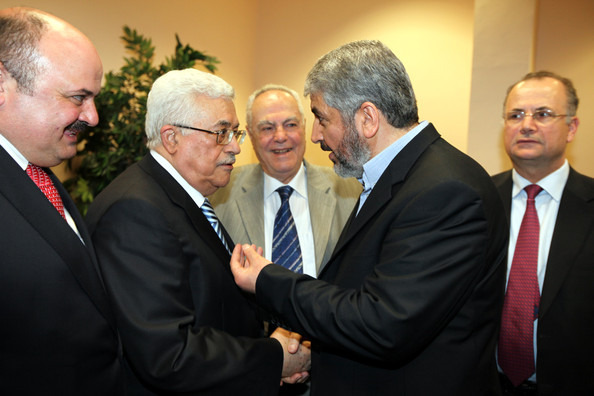 The Fateh movement in the Gaza strip expressed its hope in achieving national unity and reconciliation, by ending the split between the movement and Hamas, after the release of many Palestinian leaders, figures and symbols.The movement declared the day of the release to be a Palestinian national wedding and celebration, and stated that the Palestinians in diaspora proved their political and national bonds, along with their shared concern for their rights, and those of the detainees.

They congratulated all of the Palestinian people around the globe for the release of the detainees from the Israeli jails, in the first phase of the prisoner-swap deal.

Khaled Mashal, head of the Hamas Movement’s Political Bureau in Damascus, called on President Mahmoud Abbas to hold a meeting with Hamas in Cairo, to achieve national reconciliation.

He added that resistance is the way to guarantee that the Palestinians demands are met, and that ‘the enemy only bends to pressure’ and ‘only understands the language of resistance.

Mashal comforted the Palestinians, envisaging the day when of all the detainees will be released, and that the negotiations will be national, and not unilateral.