Al-Qentar: ‘Releasing The Detainees Proves That Hamas Is The Way For Liberation’ 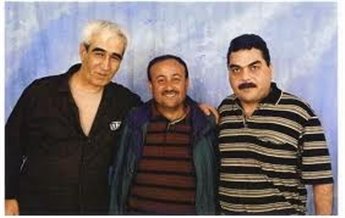 Lebanese Ex-detainee, Samir Al-Qentar, stated that the releasing of the male and female detainees from the army prisons is proof that the Palestinian resistance group (Hamas) is the only route leading to the eventual liberation of all the remaining detainees, the Ma’an News Agency reported on October 19.Al-Qentar reported in a statement on October 18, that most of the 477 detainees, who were released in exchange for Gilad Shalit, were sentenced to life in prison, adding that no immediate effort or negotiations should be exerted to release more prisoners.

Although he did call for the Palestinian resistance factions to capture more Israeli soldiers, to enable future negotiations to take place to ensure the release of the many thousands who currently reside in Israeli prisons.

In the second phase of the deal, due to take place in two months time, the remaining 550 prisoners, who are to be chosen by Israel, will be released.

The Palestinian Centre for Human Rights (PCHR) claims that over 5000 Palestinian prisoners currently remain inside Israeli jails, many of whom have been imprison for many decades, and nine female inmates still reside in prison.