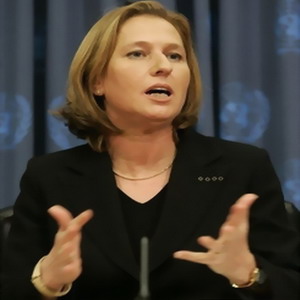 Israeli opposition leader and head of the Kadima Party, Tizipi Livni, stated that Israeli Prime Minister Benjamin Netanyahu made huge concessions to Hamas by approving the prisoner-swap deal, and that he has weakened Israel’s position. She stated that this deal boosted the power of Hamas, and sharply increased its popularity among the Palestinians, and at the same time made Israel look weak.

Israeli Central Issues website reported on Sunday that, according to Livni, Netanyahu’s ‘submission to the demands of the Israeli public to ensure the return of Corporal Gilad Shalit, caused serious harm to Israel, and granted more power to Hamas.’

She added that Israel needs to strengthen “the peace camp among the Palestinians, and not Israel’s enemies.”