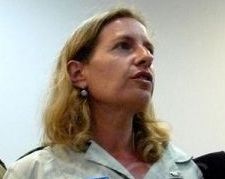 After a shooting attack on an Israeli bus and truck two months ago which killed five civilians and three soldiers, Israeli military officials immediately claimed that a Palestinian resistance group was responsible. But an Israeli military investigation revealing that the attack was carried out by Egyptians, not Palestinians, has been ‘embargoed’ by the military.Although the results of the investigation were quietly released by the military last month, they have published no details, and have refused reporters’ requests for more information. An article verifying the results of the internal investigation showing no Palestinian involvement in the attack was published last week in the Israeli daily Yedioth Ahranoth, with information from a ‘leaked’ document showing the conclusion of the investigative team.

Publicly, military spokesperson Lt. Col. Avital Leibovitz has refused to comment on the leaked document, and has continued to perpetrate the military’s original claim that the attackers were from Gaza, despite conclusive evidence to the contrary.

Israeli columnist Yossi Gurvitz, with 972Mag, wrote on Sunday, “This looks like a conspiracy to cover up the fact that the Defense Minister misspoke, and that as a result, an attack on Gaza took place, which led to a counter-attack, which in turn led to an escalation, in which an Israeli citizen (and 27 Gazans) died.”