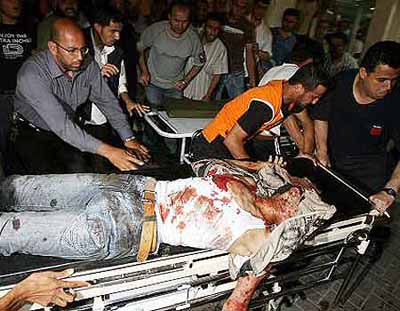 Palestinian medical sources reported on Tuesday that a resident was killed when a tunnel collapsed on him. The incident occurred near the border with Egypt, in Rafah, in the southern part of the Gaza Strip.The sources stated that rescue teams of the Civil Defense located the body of Ahmad Rabee’, 29, buried under the rubble of the collapsed tunnel; the tunnel is located in Al Barazil neighborhood, east of Rafah.

Medical sources reported that Rabee’ was the only person in the tunnel when its collapsed, and that it took the rescue teams several hours to locate him.

In a report released last month, the Al Mezan Center for Human Rights stated that similar tunnel accidents in Rafah since the year 2006, led to the death of 197 Palestinians, including 10 children. Of those killed since 2006, seventeen of them died this year, while 42 were injured.

Twenty of the victims were killed when the Israeli army bombarded the tunnels while they were still inside. The total number of Palestinians wounded in tunnel incidents has reached 583.