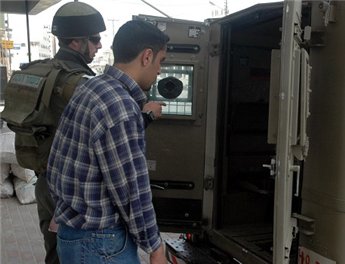 The Israeli military invaded, on Thursday at dawn, the village of Beit Ummar, near the southern West Bank city of Hebron, broke into and searched several homes, and kidnapped three Palestinian youth.Mohammad ‘Awad, spokesperson of the Popular Committee against Settlements and the Annexation Wall, stated that the army kidnapped Ayman Sabarneh,17, Mohammad Sabarneh,17, and Marwan Sabarneh,19. All were transferred to an undisclosed location.

Beit Ummar is subject of the continuous Israeli invasions and attacks.