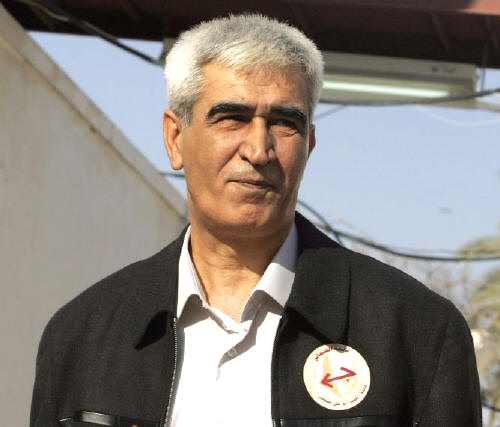 The Prisoner Support and Human Rights Association, Ad-Dameer, stated that the Israeli District Court in Be’er Shiva ordered a one year extension of the solitary confinement of the detained Secretary-General of the Popular Front for the Liberation of Palestine (PFLP), Ahmad Saadat. The court stated that “it based its ruling on secret files provided by the Israeli Shabak on August, 8, 2011”.

The imprisoned PFLP secretary-general was sent to court without his lawyer, who never received a notice regarding this court session.

The Ad-Dameer stated that by sentencing Saadat to solitary confinement for an additional year, the court violated vows by the Israeli Prison Administration to end its solitary confinement policies, and to implement the demands of the detainees to receive treatment that abides by the International law. The vows came after that detainees conducted hunger-strike for 22 days.

The Ad-Dameer added that this ruling violates the International Law and all Human Rights treaties, especially international agreements concerning prisoners of war, and added that after 22 days of hunger-strike, Saadat was moved to the Al Ramla Prison hospital, after a sharp deterioration in his health condition.

The PFLP Secretary-General has been in solitary confinement also since March 16, 2009, not allowed any visitations and denied of his right to even write or receive letters from his family. Every isolation order issued against him since then was based on “secret information” to which not even his lawyer was allowed to have access to.

On December 28, 2008, an Israeli court sentenced Saadat, who is also an elected Palestinian Legislator, to thirty years, despite the fact that it dropped charges alleging that he planned the assassination of Israeli Tourism Minister Rehavam Zeevi, who was killed in Al Hayat Hotel on 17 October 2001.

Saadat became the PFLP secretary-general in October 2001 after the Israeli army assassinated the former secretary-general, Abu Ali Mustafa, when two Israeli Army Apache helicopters fired missiles at his office in Ramallah, in the central West Bank, on August 27, 2001.