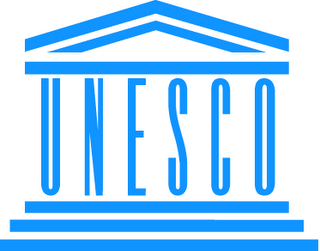 The United Nations Educational, Scientific and Cultural Organization, UNESCO, voted Monday to extend full membership to Palestine, despite promises by the US and other donor nations that this decision would cost the Organization some of its funding.The delegates of UNESCO voted overwhelmingly to include Palestine as a member, with a vote of 107 – 14, with 52 abstentions. When the vote was counted, a huge cheer went up through the Assembly room.

‘Joy fills my heart. This really is an historic moment,’ said Palestinian Foreign Minister, Riad Malki. ‘We hope that today’s victory at UNESCO marks but a beginning. Our admission to UNESCO is not an alternative; it is no substitute for something else.’

The Palestinian delegation to the United Nations is still awaiting a decision on its bid for statehood, submitted to the UN Security Council several weeks ago. The bid was passed to a Committee, where it is currently under consideration.

A surprise vote of support at Monday’s UNESCO meeting came from France, which had previously been considered to be a ‘no’ vote for Palestinian statehood. After voting for Palestine’s inclusion in UNESCO, France’s Security Council vote may be up for consideration as well.

Among the nations who voted ‘no’ on UNESCO membership for Palestine were the US, Israel, Sweden, the Netherlands and Germany, with Great Britain and Switzerland in the ‘abstain’ camp.

The Obama Administration, however, called on the Palestinians and Israelis to re-start direct peace talks, halted since October 2010, claiming it is the only way to create a Palestinian state on the 1967 borders.

The Israeli Prime Minister, Benjamin Netanyahu, called on the Palestinian President to return to direct peace talks in order to discuss outstanding issues and establishing an independent Palestinian state.

UNESCO is an agency of the United Nations that works to encourage international peace and universal respect by promoting collaboration among nations. The organization receives about 20% of its funding from the US, who have stated that they will not be making the upcoming $60 million contribution, previously earmarked for UNESCO, due to Monday’s vote.