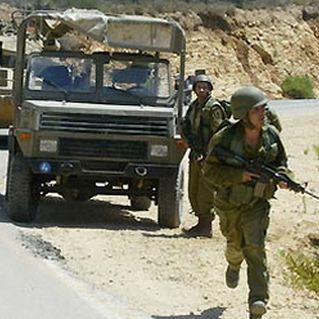 Israeli soldiers arrested, on Friday at dawn, three Palestinians in the Balata refugee camp, east of Nablus city in the northern part of the West Bank, the Palestine News Network reported.The three were identified as Yasser al-Badrasawy, his brother Jamil, and his nephew Haitham.

Local sources reported that the soldiers invaded the camp during early dawn hours, and broke into the houses of al-Badrasawy family members, before arresting the three men and taking them to an unknown destination.

During the legislative elections in 2006, Yasser al-Badrasawy was a candidate running under the Hamas’ Change and Reform Bloc.

The numbers gradually increase due to repeated invasion and arrests in the occupied territories.