Hamas: “We Affirm Our Right To All Forms Of Resistance” 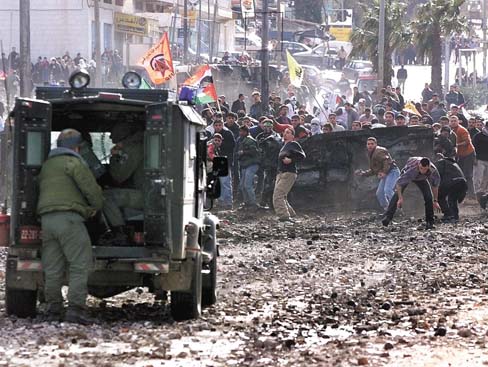 Marking the twenty-fourth anniversary of the first Palestinian Intifada, the Islamic Resistance Movement, Hamas, issued a press release affirming that it will continue all forms of resistance against the Israeli occupation until liberation, independence and the return of the Palestinian refugees.“On this day in the year 1987, our people started their revolution against the Israeli occupation, and made thousands of sacrifices for the sake of their land and holy sites,” Hamas’ statement reads, “Our people are still steadfast, determined to achieve full unity, and despite Israel’s excessive use of force, and bombardment, they are determined to achieve liberation, and to establish their independent state.”

The movement further stated that the Palestinian people, wherever their reside, share the strongest ties to their land and their identity, “…and will always remain united and determined to liberate Palestine and its holy sites.”

It also stated that all Arab and Muslim nations support the legitimate struggle of the Palestinian people, despite the idleness of the international community, and the military and financial support the United States and other Western countries provide Israel with to maintain its illegal occupation of Palestine.

More than 1,500 Palestinians were killed by the Israeli forces during the first Intifada, while at least 120,000 were injured. Israel also arrested a total of 120,000 Palestinians and displaced more than 150,000.

The Ministry of Information in Gaza reported that the number of Palestinians who were killed since the beginning of the Al Aqsa Intifada in late September 2000 until now, arrived at more than 7,404, including at least 1,859 children, and more than 800 women. The number of wounded Palestinians exceeded 42,400.